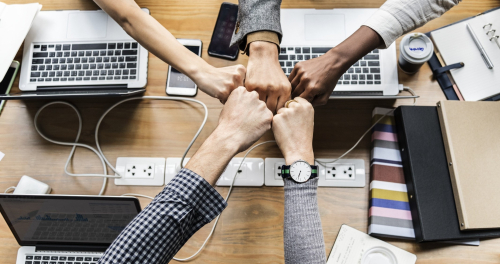 In my last blog on Big Data we discussed how Big Data can support 4 distinct forms of decision making: Descriptive, Prescriptive, Predictive and Cognitive Analytics. However, in order for any analytical solutions to be meaningful, the issue of data liability needs to be addressed.

Starting in this posting and in the next three (3) releases for this blog, I am going to offer a series of points, which help solve this data liability issue. The goal is to demystify the whole notion of harnessing Big Data from being a seemingly impossible, daunting task to one of an opportunity to create an invaluable asset that drives significant financial performance improvements. Naturally, there are a whole host of actions required to fully harness Big Data but in this series we will focus on just four: building organizational consensus, taking an enterprise wide approach, placing priority on data governance and finally creating repeatable and measurable impact.

While I was the President of CAPS Logistics for over 8 years, the company serviced over 16% of the Fortune 500 in various forms of supply chain decision support applications. These efforts spanned the globe from supporting the expansion efforts of a worldwide soft drink company, to the redesign of supply chain networks for multiple CPG and specialty manufacturing companies in addition to providing different transportation solutions to one of the largest companies in the waste management industry. The technology was proven, the people were bright and the focus was to provide the best solutions possible. Unfortunately, in certain cases, the implementation of these carefully engineered solutions was either slowed down or even put on hold. Why? Other departments would offer objections often citing concerns about the “quality” of data used for the analysis. Typically, the nail in the coffin would be that if they would offer that their data concerns were correct, the integrity of the solution could cause the company to miss its revenue targets. Sound familiar? The end result was that the company did not attain the competitive advantage that was possible.

Let’s take this lesson to the world we live in today, a world of exponentially growing data associated with the operation of your enterprise. The problem sited above had two issues. The “quality” concern which will be addressed in a future posting on data governance. The second issue was not having cross-functional consensus. In the projects mentioned above, efforts were made to involve other departments at every stage of the project but gaining supply chain efficiencies were not their highest priority. Therefore, these other functional groups had no real buy-in in the work effort.

If you believe that Big Data has the opportunity to drive significantly recurring financial improvements, then the table stakes are even higher with regard to early organizational buy-in. Buy-in with regard to getting everyone on the same page on how to repurpose and use Big Data to empower multiple forms of new analytical and strategy development capabilities. I am guessing that many of you are saying “yea, right for our company; this would be comparable to building Noah’s Ark.” You may be right but it is a challenge that deserves careful consideration as offered by the following quote by Benjamin Franklin:

“By failing to prepare, you are preparing to fail.”

Success will require having the right level of Executive sponsorship and taking advantage of the power of cloud technologies and proven methodologies. In addition, other key points need to be integrated into your approach including obtaining cross functional consensus on any data issues. If this is not a mandate, you run the serious risk that organizational questions will surface which can stop the entire effort.

So why go to the effort? Isn’t the political risk too significant and the task too big to undertake now especially given all of the mission critical projects that are already established for the company? That might be the right answer but let’s look at it another way. Is it possible that your Board and certain members of your Executive Team are wondering if the company will be left behind when your competitors harness the value of Big Data? Value that is measured by increasing financial performance and competitive advantage. Only you know the answer to that question, but if the decision is made to take the first move advantage, be sure the process you use requires cross functional organizational consensus as a cornerstone of the solution.

Check out this video, which can help get your cross-functional team invested in Big Data: https://youtu.be/DCffaA-Cra4

We would appreciate hearing your thoughts and comments. All the best, Richard

Richard Sharpe is CEO of Competitive Insights, LLC (CI), a founding officer of the American Logistics Aid Network(ALAN) and designated by DC Velocityas a Rainmaker in the industry. For the last 25 years, Richard has been passionate about driving business value through the adoption of process and technology innovations. His current focus is to support CI’s mission to enable companies to gain maximum value through specific, precise and actionable insights across the organization for smarter growth. CI delivers Enterprise Profit Insights (EPI) solutions that enable cross-functional users to increase and protect profitability. Prior to his current role, Richard was President of CAPS Logistics, the forerunner of supply chain optimization. Richard is a frequent speaker at national conferences and leading academic institutions. His current focus is to challenge executives to improve their company’s competitive position by turning enterprise wide data from a liability to an asset through the use of applied business analytics.